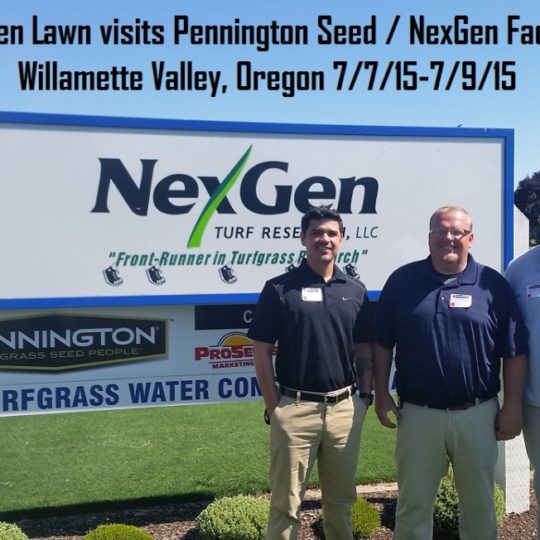 Earlier this month, Pennington invited the Green Lawn Production Management team and 25+ other customers out to tour their facilities in the Willamette Valley region of Oregon.  The visit consisted of stops at the NexGen Turf Research facility, a key seed farm and production facility and the main Pennington Plant in Lebanon, Oregon.  This area of the state, which runs from Portland south to Eugene, produces the majority of the grass seed that is sold within the United States of America. It is also famous for producing Christmas trees and Hazelnuts. 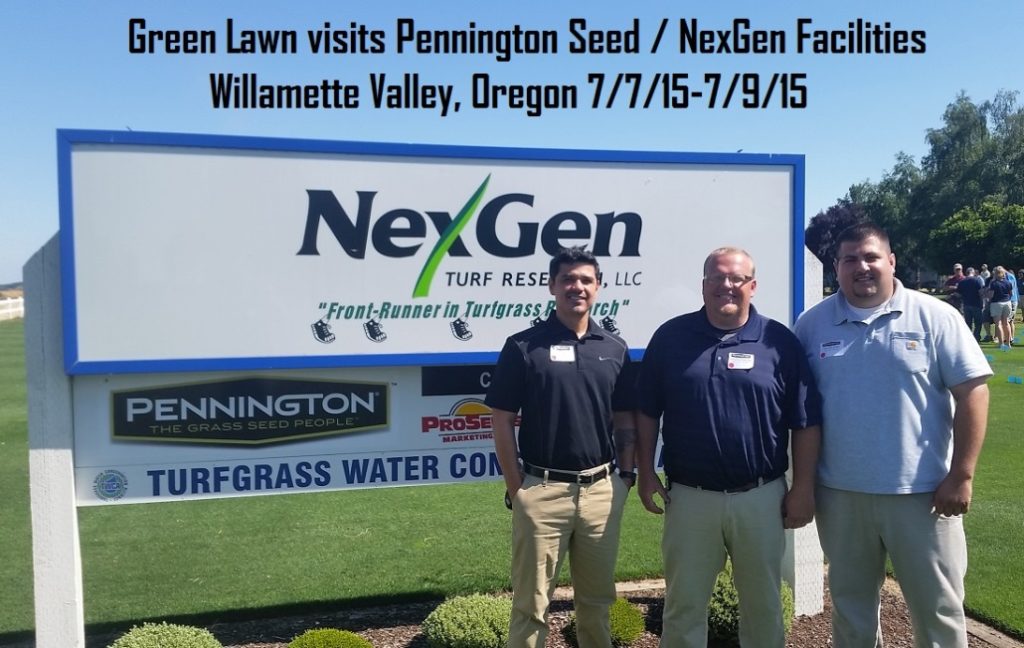 Our first stop was the NexGen Turf Research laboratory and farm, which was an extremely impressive operation consisting of 11 employees that maintain a 13 acre farm and lab. Kenneth Hignight, Director of Research for Nexgen and his team strive to “improve turf-type cultivars of tall fescue, perennial ryegrass, Kentucky bluegrass, and fine fescues.  Areas of study include drought, disease resistance, and turf quality.”  In the lab, NexGen develops cultivars which are then put through the ringer with testing to determine disease resistance, insect resistance, drought tolerance, heat tolerance, wear tolerance etc. 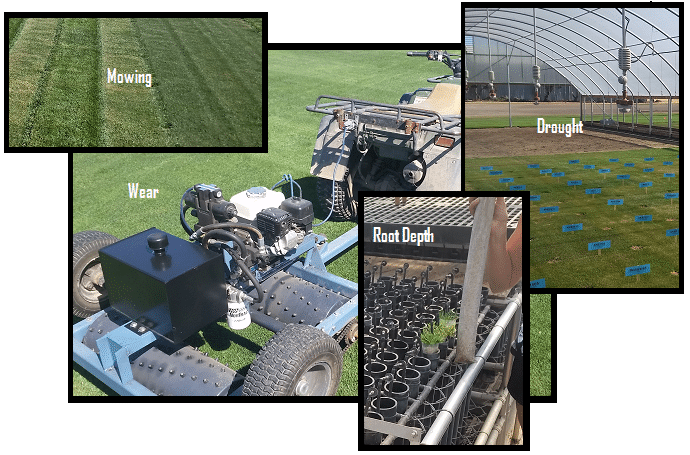 Genetics are the foundation for the performance of the seed once it makes it onto a customer’s lawn, and NexGen exhausts many resources and years of development into each cultivar.  They have been able to make seed more resistant to insect activity by creating a fungal entophyte which they impart onto the seed, which then in turn makes the seed more persistent against insects by creating a symbiotic relationship with the seed.  By crossbreeding different cultivars together, NexGen is able to create seed that has improved resistance to various turf diseases, making a more impervious plant.  Wear tolerance is important, especially for sports fields and properties that have a lot of activity conducted on them (kids, pets etc.).  To test the cultivars against wear, NexGen’s onsite farm manager has created a machine (pictured) that is able to apply 2.5 times the amount of pressure per square inch to the turf than an NFL lineman does!  The roots are the most important part of a turf plant, and NexGen observes root growth of cultivars in clear tubes to be able to determine which cultivars establish the healthiest most vigorous root systems.  A large part of NexGen’s work revolves around developing drought tolerant grasses, they have multiple “rainout shelters” in which they are able to create intense drought like environments to determine which plants are more tolerant than others.  Their farm manager has also created a piece of equipment called a digital image analyzer, which is now used by various industry professionals across the world, it is able to take high resolution images which are then uploaded to a computer program which determines the percentage of “green cover” on the turf.  This also helps in determining which of the cultivars are the most drought tolerant varieties. 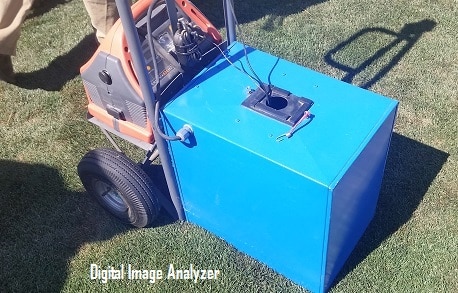 A large focus of what NexGen does revolves around drought tolerance due to the fact that they are a key member of the Turf grass Water Conservation Alliance (TWCA).  The TWCA is a group comprised of industry professionals, academic organizations, breeders and government agencies that focus on qualifying turf grasses that show significant water saving potentials over conventional varieties of the same species; this must be shown through hard statistics.  The TWCA also promotes advocacy and education of water conservation, as well as promoting outdoor play/green spaces to help build community.

Our second destination was a farm owned by “Brian”, who is a founder seed farmer.  What this means is that NexGen will develop a cultivar, test it thoroughly then give Brian 5-10 pounds of seed which he will then sow, maintain and harvest turning it into 8-10,000 pounds of seed!  This is then given to other farmers which in turn will grow the season’s harvest of that specific variety of seed for Pennington.  Brian is specifically chosen by NexGen due to the fact that he runs an extremely clean, effective and professional operation.  The biggest goal of seed harvesting is keeping the plants from cross pollinating and keeping the seed plots weed free.  Brian has 20+ workers that live on site and maintain the plots 24/7.  They go as far as hand picking weeds throughout multiple acre plots!  Once the seed is harvested by $300,000.00 John Deere combines, it is then run through multiple machines which sort and process the final product.  It is a very impressive, and loud, process to see! 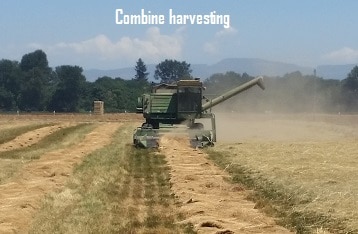 The final site that we visited was the Pennington Seed plant in Lebanon, Oregon.  This is one of multiple bagging and shipping facilities that Pennington has located in the US.  This facility is able to hold over 2 million pounds of product on site and generally hauls in 1 million pounds of seed per week, 3 million during their peak season!  In the biggest production month for this facility they shipped out around 12 million pounds, and their average year they ship out around 20 million pounds of seed!  This plant is extremely active for about 20 weeks out of the year, which generally coincides with the aeration & seeding season for lawn care companies.  They are able to blend multiple seed varieties together to create custom blends, stack pallets to be sent to ship or store large quantities of product.  They have hundreds of thousands of pounds of large machinery and operation lines, but the plant manager feels that “a few able bodied men will beat out machines everyday”.

During this trip we all learned that a lot more goes into the creation, manufacturing and production of our grass seed than any of us could have imagined.  The Pennington seed company has many knowledgeable, dedicated and brilliant employees and processes in place which helps them to develop a superior product for us to offer our customers.  Pennington is without a doubt an invaluable partner in what we here at Green Lawn Fertilizing provide to our customers! 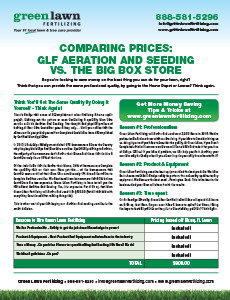